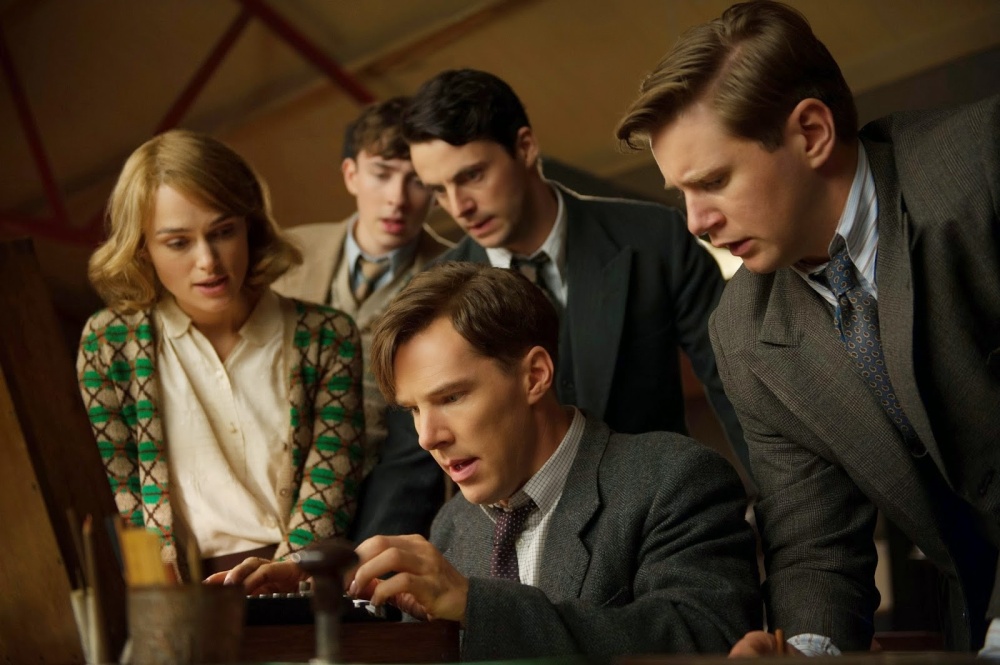 Upon watching The Imitation Game I found myself liking the movie very much. A man named Alan Turing is a bit of an awkward person who was not popular in school. He is a genius and not at all normal. Alan didn’t succeed at making friends, however, where he was unsuccessful his mind and bold honesty will take him far. Actually only until he was 41, sadly, besides that he left his footprint in history. And that ladies and gents was Christopher. Mr.Turing was hired by the secret British service for his brain to solve the enigma and help win the war, with a hand full of other crossword enthusiasts and mathematicians. He left us with a sort of digital brain that will later lead to more important research. This contraption he made was named Christopher, a machine that could decode. This machine’s purpose was to crack Hitler’s enigma which was, at the time, said to be unbreakable. The codes were hidden Nazi plans and if the codes are cracked, Britain not only would save lives but would have a better chance of winning the war.

Whenever I watch a movie that has one small line: Based on True Events or along that matter, I can’t help but look at it like a dog listening to a high pitch sound. Is Hollywood serious about this or are they trying to make another dollar by attracting the masses by entertainment? Unfortunately, that is part of the case. After watching the entertaining Imitation Game, I looked up some reviews, a lot were like me who enjoyed the movie but others were heavy on how frustratingly inaccurate it let itself become. Apparently, the  Polish created the first enigma in the 1930s and then the Germans took it and made their own improvements. Alan Turing didn’t work on his machine alone but had help by others, plus people who were part of the decoding team weren’t even acknowledged in the movie. Among other hiccups, the other reviewers detailed it better but it doesn’t hurt to do a little research (if only Hollywood did). Does Hollywood believe there are no other historians out there who would crack their movie and find their lies? There are facts in history that be found by a click of a button or whipping out your phone. Hollywood likes to remember history a certain way which sacrifices historical accuracy for entertainment (Pearl Harbor). I think it’s funny how some historical fiction gets more history right than a movie based on an actual event.

Regardless of the history, although important, this is a good flick. I must mention the writing first, which is smart and very fun. There was a lot of word jugglery that made sense for each person and will leave you chuckling at perfect moments throughout the story. “Sometimes it is the people who no one imagines anything of who do the things that no one can imagine.” The movie touches upon many subjects: Machines, Man, Secrets, Lies, Truths, and what makes us think differently. Some subject matter went deeper than expected, like accepting the people who are not ‘normal.’ The performances weren’t hail worthy, except maybe Benedict Cumberbatch, but they all succeeded what they set out to do. Matthew Goode’s (Watchman)  character, a womanizer, stood out to me as a calm, cool person who you had earn his respect before he accepted you. But as cast in all, they all had good chemistry.

The Imitation Game is worth a watch for it’s entertainment value, and a couple historical nods. With a brisk pace and a high prduction, you can find yourself in enjoyment. And most importantly, stay different my friends.