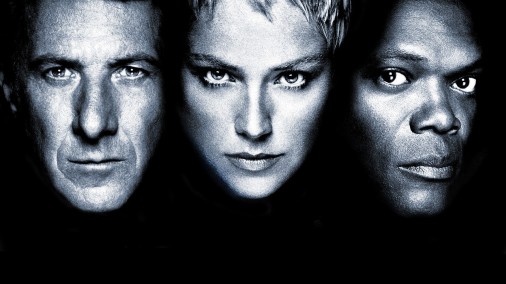 What is it you fear? Do you fear your nightmares? Do you fear alien life? Michael Crichton is a terrific author. He has treated readers worldwide with stories that provoke the mind with thrilling entertainment. Stories such as Jurassic Park, Timeline, and Andromeda Strain shows us Crichton has quite a knack for storytelling. However I myself have not read a few of these including Sphere itself. I understand it was a mind bending thriller, no doubt, but did the movie live up to the expectations of Michael Crichton’s handy writing? I’m afraid not. Sphere starts out really well, then somehow rolls down hill. Then up again, then levels out, then down again. It’s a twirl down from a great hook then all is left is pressurized frustration on what is going on and where the story has gone.

This review would be more knowledgeable if I had read the book myself, one day I will. Because after this, I felt my time was wasted. Everything that lead up to it’s end point fizzled flat. I give huge credit to start, though. About the first half its a perfect popcorn flick. You are laughing at the jokes, asking same questions as the main characters were asking, and feeling drawn in on the suspenseful moments. It’s a perfect set up because you have a mix of The Abyss and Alien where a team is assembled and they must venture somewhere into the unknown, facing something foreign; alien. Sphere, for a moment, even feels like a horror. But the weird begins to happen and you start having withdrawals. What am I getting myself into? I certainly was not expecting that to happen. One action leaves to another. Questions seem to skip the answers and you forget totally about them. This creates plot holes galore.Like key subjects that I believed were crucial to the story manifesting a truly thought provoking thriller. Including loop holes that don’t make sense despite the bizarre circumstances. Instead, Sphere dives deep into the weird leaving nothing but vast pockets of nothingness floating abundantly. I think the movie could have made a 90 degree turn, perhaps even a 180, creating something special.

This was something truly unique. It had potential to be an underrated masterpiece or a down right classic reminiscent of Jurassic Park’s success. I’ll give it that, Sphere will keep you totally engaged. Something was always happening. The dialogue was never dumb, I actually paid attention to each characters’ contribution. I thoroughly enjoyed some of the discussions the main protagonists were having and fit the movie perfectly. Acting was even decent to say the least. The budget is there to support the film giving a glipse of a scientist’s expedition underwater would be like.

The movie moves so fast forward though to the next event, you almost forget some key plot points that previously happened. I love movies that make me think and even ones that are open ended for discussion among the viewers, but this my friends, is no table talk. You will be as baffled as the next person. Scratching your head, trying to undo the knot in your mind that’s bent three quarters to nowhere. Leaving you at the end with no value, as if you have wasted your time. With a perfect set up and cast we hope all the chaotic wierdness will come together in the end. Too bad we’re not gifted with an imagination to forget the potential here that has gone awry. 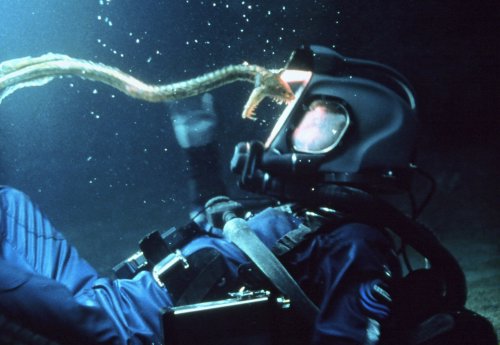